In this section, you can find some favorite quotes of mine. I hope you will enjoy them:

"You see many stars in the sky at night, but not when the sun rises. Can you therefore say that there are no stars in the heavens during the day? Because you cannot find God in the days of your ignorance, say not that there is no God." — Ramakrishna

"Each soul is potentially divine. The goal is to manifest this divinity by controlling nature, external and internal. Do this either by work, or worship, or psychic control, or philosophy – by one, or more, or all of these – and be free. This is the whole of religion. Doctrines, or dogmas, or rituals, or books, or temples, or forms, are but secondary details." — Swami Vivekananda

"The deepest secret is that life is not a process of discovery, but a process of creation. You are not discovering yourself, but creating yourself anew. Seek therefore, not to find out Who You Are, but seek to determine Who You Want to Be." — Conversations with God

"The Highest Thought is always that thought which contains joy. The Clearest Words are those words which contain truth. The Grandest Feeling is that feeling which you call love." — Conversations with God

"I count him braver who overcomes his desires than him who conquers his enemies; for the hardest victory is over self." — Aristotle

"Earth provides enough to satisfy every man’s need, but not any man’s greed." — Mohandas Gandhi

"Even as a tree has a single trunk but many branches and leaves, there is one religion “human religion” but any number of faiths." — Mohandas Gandhi

"If you want peace, my child, do not look into anyone’s faults. Look into your own faults. Learn to make the whole world your own. No one is a stranger. The whole world is your own." — Sarada Devi

"Nature shows us only the tail of the lion. But I do not doubt that the lion belongs to it even though he cannot at once reveal himself because of his enormous size." — Albert Einstein

"Usually our criticism of others is not because they have faults, but because their faults are different from ours." — Anonymous

"Every saint has a past and every sinner has a future." — Anonymous

"Gravitation cannot be held responsible for people falling in love. How on earth can you explain in terms of chemistry and physics so important a biological phenomenon as first love? Put your hand on a stove for a minute and it seems like an hour. Sit with that special girl for an hour and it seems like a minute. That’s relativity." — Albert Einstein

"I am an old man and have known a great many troubles, but most of them never happened." — Mark Twain

"When your friends begin to flatter you on how young you look, it’s a sure sign you’re getting old." — Mark Twain

"I guess I don’t so much mind being old, as I mind being fat and old." — Benjamin Franklin

"Education is the best provision for old age." — Aristotle 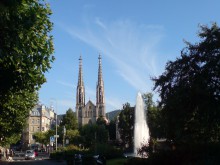 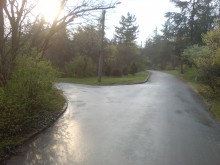 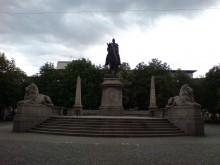 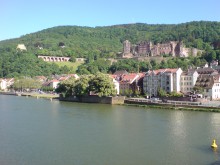